African giant rats, which can reach the size of a medium-sized dog, ate a live three-month-old girl who slept at home alone while her mother was partying. According to the Daily Mail, the incident occurred in the municipality of Katlehong, in Johannesburg, South Africa.

Arriving with ‘her new boyfriend’ at 6:30 am, as the owner of the house, Mama Sesi Mtshali, said, the mother found the remains of her baby on the bed.

The 26-year-old mother alleged that the girl had been burned, but her neighbors, who had come just moments earlier, explained that her tongue, eyes and fingers had been eaten, and that there were parts of her body Which were missing, and had bites and wounds that were inflicted by the sharp teeth of the rats. ”

Witnesses said the woman had taken the twin brother of the baby with her to the party. Mama Sesi Mtshali also explained that this is an area where there are lots of rats and that the mother used to leave the children alone to go partying, while they stayed crying until they fell asleep. 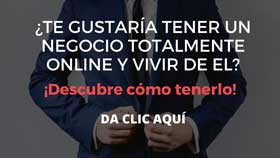 By continuing to browse the site you are agreeing to our use of cookies.
Ir arriba